There are two monumental events that take place every four years – the Olympics and the Presidential Election. While we love watching and discussing the world’s most anticipated athletic event, people avoid discussing politics like the plague. Not that they do not have an opinion but they prefer not to express it for fear of being attacked. And who likes to get caught in never ending argument where someone is always trying to convince you are wrong and they are right?

Allowing fear to dominate essential conversations that affect every aspect of our lives is the very enemy of free society. We may not live in physical prisons but we intentionally enslave our minds by suppressing our innate desire to express ourselves.

There is nothing wrong with having mature, educated and respectful conversations about political affairs. Notice I say “CONVERSATIONS” not debates. Debates are designed for those who try to compete and win something. Nothing can be learned by sticking to your convictions and “forcing” others to join you.

I want to share the documentary Zeitgeist: Moving Forward for those of you who keep open mind and want to learn what really goes behind the scenes in the political world of the United States of America. Zeitgeist, described by Wikipedia as the “spirit of time”, is one of the best educational documentaries available for free.

You won’t find political propaganda that favors Republicans or Democrats. Nor will you be subjected to promotion of any particular political system such as Capitalism, Communism or Socialism. There is nothing partisan or biased.

On the contrary, the documentary exposes the flawed, manipulative and corrupted system we are ruled by. It shutters the illusion of democracy and sheds light on the intentional brainwashing we have been subjected to by those in power.

But it goes even further by offering practical solutions to meet the growing global demand for food and energy. There are fascinating ideas such as Resource Based Economy, Hydroponics and Contour Crafting. I encourage you to research those concepts to fully understand their advantages to society.

Watch and get educated. You are encouraged to share with others.

Join the movement at www.thezeitgeistmovement.com
Learn more about the Venus Project at www.thevenusproject.com 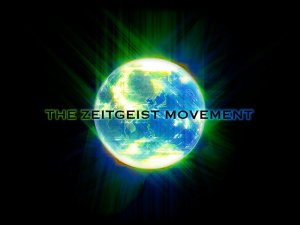 Welcome to my blog!

My name is Zoe (a.k.a. GreenMomZoe) and I am Denzin's mom, a wellness coach and the founder of RAWbundant, my own line of organic raw vegan products. www.rawbundant.com

On my blog you can find many tips, recipes and advice on health and wellness, as well as sharing of personal thoughts and reflections. My fields of expertise include:

I hope that you'll enjoy browsing and learning from me.